You are here: Home » Updates » A tribute to Moseneke DCJ

A tribute to Moseneke DCJ

The age-old concept of justice under a tree 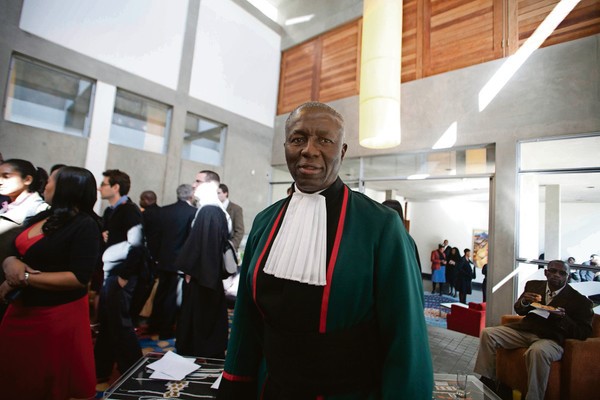 Former Deputy Chief Justice Dikgang Ernest Moseneke is a man of exceptional talents, a jurist, a leader, a son of the African soil. A member of the African Students Union, a founding member of the Black Lawyers Association – Legal Education Trust (BLA-LET), before he even began his career in the legal profession, Moseneke as a young person had already begun to conscientize himself with the injustices carried out by the then government of South Africa.

At the tender age of 13, a young Moseneke was arrested, sentenced and spent the duration of his sentence at Robben Island – which is where he began and completed his studies. During his earlier days, he practised first as an attorney and later on as an advocate, achieving silk before being appointed onto the bench http://bit.ly/1N9YkJi.

I have been self-indulgent in recognising many friends and people who are present at this dinner. This is in deep recognition of the very basic fact that no award which is fully meaningful could ever be achieved by the efforts of one person. You know well by now, that our indigenous culture recognises the interconnectedness of people.

The 20th of May 2016 marked his retirement from the bench, ending what is noted, admired and will be remembered by many as a formidable career in the legal profession. Moseneke is a highly revered man, an inspirational figure to many – yet remains humble and grounded acknowledging the support of his family, loved ones and peers http://bit.ly/1OF9Tu8

Deputy Chief Justice Moseneke speaks about how, in traditional African culture, the shade of a tree was the place where disputes of society were mediated and resolved. The community would meet for a lekgotla and there was room for all to have their say. Everyone participated in the process. This is how justice was done.

We could all take a leaf, a lesson or several from this formidable man. He had from a young age developed a sense of justice and civic duty. He would go on to carry on with the mandate of carrying out justice to the people even in his older years.

As he retires, the baton is now passed on to the current and future generations, young and old.

Going forward, when we sit around trees and gather to tell tales and stories of African heroes, his name and the values he embodies should be told. We wish him well on his retirement; Dikgang Ernest Moseneke certainly is a shining beacon to all.