You are here: Home » Blog » Great responsibility of continuously inspiring

The world can be seen in a different, a most interesting light – through the perspective of the youth. It is therefore a great privilege for the Legal Education Centre, to introduce this month’s guest interviewee.

Introducing Mr Nape Masipa. A young man who chairs the Black Lawyers Association Student Chapter, and is reading for his LLB degree. Here are his thoughts.

BLA-LEC: Why did you choose to pursue Law?

As a 9 year old I received Nelson Mandela’s autobiography “Long walk to freedom” as a gift from a family member, upon discovering that the great man Mr Nelson Mandela was a Legal Practitioner, I was determined to also follow suit and become a lawyer, I never thought of any other field of study. The law empowers one’s thinking and ability to challenge societal problems, nothing signified this more than Mr Nelson Mandela’s excellent defence of black domestic workers during apartheid, he gave them dignity and hope in times of great distress. So I hope to also give people dignity and hope as a lawyer.

BLA-LEC: Is there any case/legal dispute, in your career as a student that has lingered with you post assessment?

It was during my vacation work at a local law firm in Polokwane, I has handed a file wherein had to do a liquidation and distribution of a deceased’s estate. During the process it became apparent that the deceased’s estate did not have much assets however the widow had exorbitantly spent large amounts of money for the funeral expenses, since the deceased’s estate has “to pay for its own funeral expenses”, I had the painstaking task of informing the widow that we might have to sell the house to balance it out. It was very sad because with a bit of education to our people about the technicalities of the law they will be in a better position to receive better legal services, I think this lingered on in me because whenever I am sitting with people in general I always end up telling them about the various fields of law and how they can avoid similar problems. At the end of the day we are trained to serve the people.

BLA-LEC: What do you think is the greatest challenge facing South African youth in 2015? And how can it be addressed?

I think the lack of opportunities all round, year in and year out there are large amounts of young people who have passed well that cannot get into institutions of Higher Learning, many young people graduate but still cannot get employment (which you ask yourself, how worse is the situation for people without academic qualifications), and our country does not embrace innovation because young people with brilliant new ideas will more often than not struggle to get funding and all round support to get those ideas off the ground, we must ask ourselves if our country can produce a Mark Zuckerburg. It is not that we are incapable of producing thinkers, Elon Musk is a prime example, he is South African born and he lived here until his late teens and he is now coming up revolutionary ideas to solve energy shortages across the globe, what does our country not have to entice young thinkers like this to remain in the country and develop from here?

BLA-LEC: The term ‘role-model’ embodies what to you?

It is such a broad concept, but I’ll refer you to my earlier answer as to what inspired me to study law, Mr Nelson Mandela. He is someone whose attributes, behaviour, success and way of thinking that I want to emulate, so the term “role model” means just that to me. You must carry yourself in a manner that inspires people to be like you. This is especially very difficult for young black males in this country because we grow up not seeing enough male role models, so the onus is on this generation to produce its own Mandelas, Tambos, Motsepes etc. for the next generation. 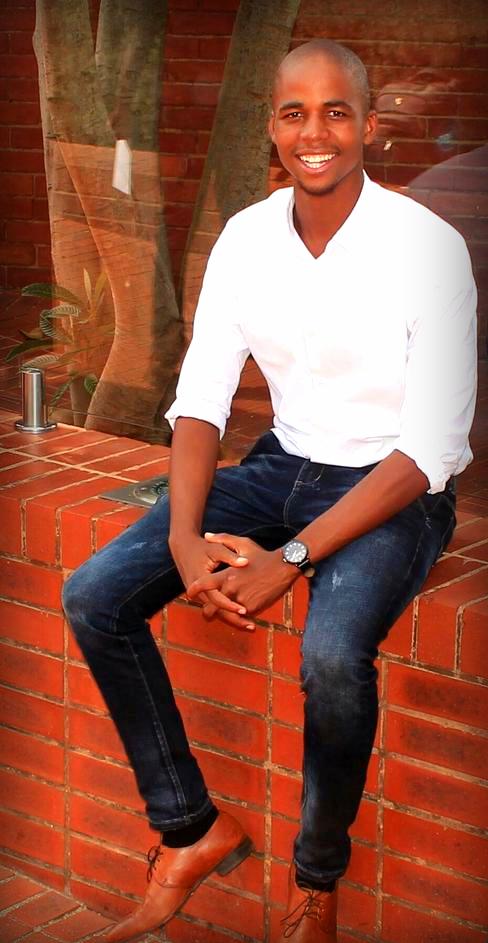 BLA-LEC: Are you somebody’s role-model?

Yes, the township that I come from not much people make to University, so I inspire young people that it is possible, they must believe in their dreams regardless of their backgrounds. At University I do have young people that I have taken under my wing, especially with the work I do for the Black Lawyers Association Student Chapter. I did not know how to react when someone once told me that I inspire them, obviously it felt good but along with it came the great responsibility of continuously inspiring this person and many others.

BLA-LEC: Describe the BLA in a sentence.

The voice of black lawyers in the Republic of South Africa

BLA-LEC: What are your thoughts on Legal Transformation in South Africa?

I honestly feel like little has been done, I mean you must just look at the briefing patterns issue in this country and how black legal practitioner are marginalised against. Look at the
fact that we still do not have big black law firms in this country, on a gender perspective there are still a few numbers of female legal practitioners that are in practice well into their 40s. At an education level the LLB curriculum is still not yet uniform across the Republic, previously Bantu Universities do not have professors at their institutions as compared to the previously white institutions, and this perpetuates the dire situation of the previously white institutions having a stronghold on the profession itself. When Black law graduates are hired at big law firms, they are sometimes used as fronts (i.e. window dressing purposes) and they eventually get frustrated because they would have not received the same exposure as their white counterparts. These are serious issues that the stakeholders of the profession are failing to address or to be more cynical, they are refusing to address.

BLA-LEC: To date, what are your greatest achievements?

I think to date my greatest achievement has to be being elected by law students from various Universities to serve as the National President of the Black Lawyers Association Student Chapter, it is a humbling experience to be tasked with this responsibility. The work that has been done by ourselves as the 2014/15 National Executive Committee also qualifies as an achievement, and our collective achievement means much more than any individual accolades because that means we are moving with unity as team. We have taken the organization to a new and exciting level and our aim is to leave behind a fertile ground for our successors.

BLA-LEC: The greatest book you’ve ever read is…?

“I write what I like” by Steve Bantu Biko